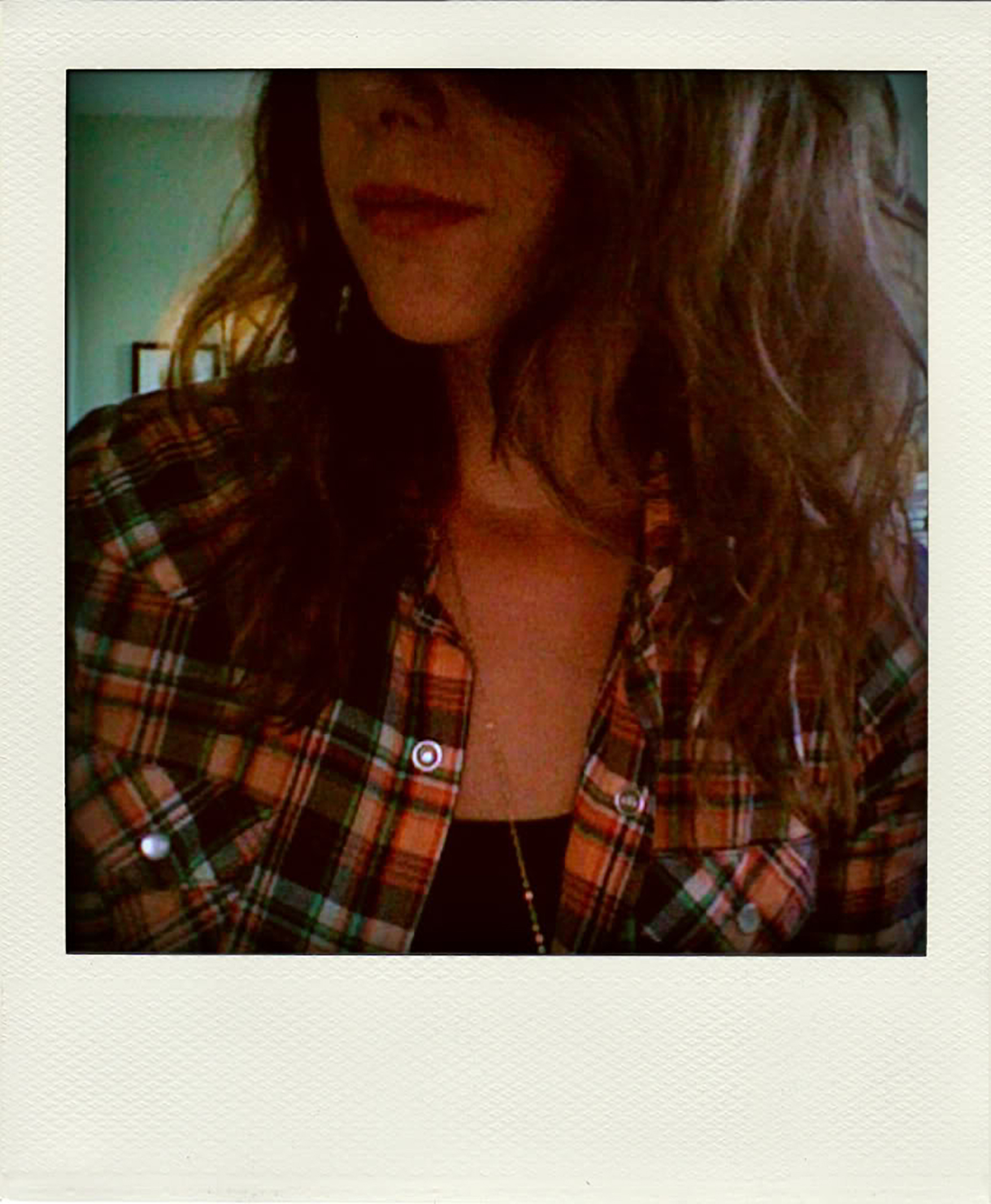 Sara Veglahn is the author of Another Random Heart (Letter Machine Editions, 2009), Closed Histories (Noemi Press, 2008), and Falling Forward (Braincase, 2003). She has taught creative writing and literature at the University of Massachusetts-Amherst, the University of Denver, and Naropa University, and currently lives in Denver, Colorado.

In a couple of your works, I’ve noticed the recurrent theme of drowning and I think when I saw you read at Burnt Toast in Boulder a couple years ago, you mentioned something about the narrator of a prose you were working on being obsessed with “deep water.” It seems water is frequently mesmerizing, but dangerous when it appears in your proses. Given the ghostly selves that haunt the words, I can’t help but think of Narcissus.  But the narrators also aren’t self-obsessive; if anything they’re masochistic, absenting, breathy—sort of like if Narcissus and Echo had had water obsessed phantom children together.  How does water relate to subjectivity as this tension occurs in your work? Why the obsession with drowning?

My obsession with drowning and deep water and rivers is borne directly out of my experience growing up near the upper Mississippi River—a dangerous, swirling, mysterious, muddy place that was always claiming people. The frequency of people falling into the river and drowning, and the rather nonplussed attitude of everyone about it (“oh, someone drowned…well, anyway…”) was always so strange and troubling to me. Plus, there was the added element of my own lack of swimming skills and a very early experience in a swimming pool where I had to be rescued by the lifeguard. And I am obsessed with rivers—that river in particular, but all rivers, too. They move, They have a place to go, they don’t have a choice, they’re traversed. You have to know how to read a river in order to stay out of trouble on a boat. Currents and the way the weeds flow and wing dams and so much that’s hidden. There are people who know that part of the river as well as they know their own family—and they do use the term “read” but I suspect they may not think of it as analogus to language or fiction. It’s all very real. Especially if you end up stuck on a sandbar in a storm. On a more metaphorical and psychological level, I suppose the obsession with water, and the element of danger that is inherent in a deep, muddy river, is related to the unknown, uncertainty, all that’s hidden, and how we make sense of the unknown.

One thing that I find extremely pleasurable about reading your work is how nice the paragraphs always look on the page.  They’re given all this breathing room. They’re like slices of charm cake. They contain these constellations of disparate things: peacocks, zoos, swimming pools, maps, ladies. How do paragraphs operate for you?  I would say your prose feels like it goes sentence to sentence, but it’s the field of the paragraph I always remember afterward.

My unit of composition is definitely the sentence, but I’m glad to know my paragraphs offer a completeness.

You’ve done some collaborations with poets and I may be mistaken, but I believe your focus was poetry at Amherst, where you did your MFA. Why the switch to prose at DU? It’s always sort of a silly question, but one I am forever intrigued by because it doesn’t really have an answer that can be universally applied. What’s the difference, for you, between poetry and prose?

Yes, I did focus on poetry at UMass—and though I did make my attempts with lineation, the majority of the poetry I wrote during that time was prose poetry. So I was always working with and interested in the sentence. Studying and writing poetry gave me a good training in the use of juxtaposition and understatement and image and musicality, something I may have been reluctant to try in fiction had I not had the experience of working with all of those elements when making poems. For a long time I avoided prose and narrative because I thought I couldn’t do it. I only realized I could when it became clear that it didn’t have to resemble something else, and it could (and probably should) look different than, say, a New Yorker story.

Because of my background in the poetic realm, my work tends to often be classified as poetry, although I don’t think of it as such. I’m often asked to defend why what I write is fiction (‘what makes this fiction?’ many have asked me, often with a tone of ire). And while there are certainly fundamental differences between poetry and prose, I think the focus on genre tends to limit one’s reading of a work. It can be dangerous, too, to declare something fiction or nonfiction or poetry—if it doesn’t adhere to the traditional tenets of the genres, then readers tend to dismiss it as weird or difficult. And then, of course, there’s the “experimental” label, which can also be a limiting description—especially as “experiment” implies something unfinished or tossed off, something that certainly can’t or shouldn’t be taken seriously. Yet, it’s the most convenient and encompassing term—a sort of short hand—so I understand why it’s used. But it does ghettoize the work, diminishes it in way. It seems odd to me that a lot of readers resist the idea that a text arrives at the form it needs. I suppose it’s the fear of the unfamiliar. I’m not sure the other arts have this conundrum or difficulty. Perhaps it’s because the material is language as opposed to paint or notes or light. I suppose language is hard to separate as a material because we also use it to survive in the world.

There’s a lot of musicality to the prose. It’s not eccentric rhythmically; but the words echo against each other, the placement of syllables seems deliberate.  The thoughts don’t always transition in content, but almost always flow euphonically. Do you have any background in music? What sort of music do you listen to and does it impact how you play with language?

I do have a background in music, albeit a limited one. Even though I studied classical music throughout my early schooling and also briefly in college, I never felt I could become good at it. But it did give me a technical background into rhythm and, I think, maybe, how one might approach simultaneity via language (an impossible task, but one I keep trying to accomplish anyway). I think I may always be subconsciously trying to evoke the kind of fleeting emotion that only music can provide—it’s so fleeting, but it’s also so imbedded (for example, I almost always wake up with a song or melody in my head). And I love all kinds of music—classical and punk and opera and old country and and strange sound collages. I tend to listen to a lot of different things, but I also can be obsessive and will listen to a particular album or song over and over. But I need complete silence to write. I am too easily distracted by melody and lyrics.

There’s a razor-sharp clarity to your work. I notice that the texture in your proses seem to do some things that are very much major aspects of realism genre and just as often, things that are the total inverse of realism. For example, like realism, there’s this extreme precision at work; and unlike realism, there’s no attempt to be naturalistic or fulfill expectations about representation. Where do these worlds you write come from? Are they dreamt? Meditated? Whispered? Listened into? Do you know them before you write them?

I never know the world before it arrives. Some are dreamed, I know, but they get transformed in the telling and in the combining, so I can’t say I lift them directly from something known, so to speak. That said, dream logic is very important and I privilege the way a remarkable event in a dream is experienced as commonplace—every thing makes sense in a dream while we’re dreaming it—it’s only upon thinking about it or telling someone else where it becomes strange, unreal, and, also, it’s when we begin to forget it. I think I’m always trying to work with that element of fleetingness and the many versions of reality we all create, dreamed or not.

So much of your work is about dreaming or dying or dreaming after dying and about a state of consciousness that is transfixed, absorbent, mid-reverie. But the prose does the opposite to me when I read: it keeps me aware that I am reading. Every word is so important. The gaps between the sentences are like precipices between thoughts.  My consciousness has to stay focused. So there’s this exciting tension there of watching a dream unfold while having to keep one’s mind en pointe. Where would you place the state of consciousness that is reading? It’s not really like watching a movie, though prose narrative and film are frequently compared. Do you think of reading as being hypnotized? As dreaming?

To me, reading and writing are so similar—there’s a level of action and agency involved with both. But reading, of course, is more something that one takes in, where writing, I think, is something that one gives out. The pulling together of ideas and images, though seems quite similar on both sides.

The temporality of your works is always very strange. It’s atemporal work, I think. Or rather, there is temporality, but it’s over and gone in a fragment of a sentence.  Whole histories happen in a few words. Things disappear. There’s vanishing points and things following a longing into the distance. Then it takes whole stretches of a paragraph to look through a window, to follow the flight of a wreaking ball. But there’s always a voice that is leftover that keeps interrogating, describing, cataloguing. There’s both this posture of repose and yet, when I really follow things, there is the suggestion of a terrifying idea of how the universe is arranged.  What is your fascination with disappearance?

I suppose this fascination with disappearance is related, again, to the river and deep water, but also to the way in which everyone’s existence is so tenuous. The cataloguing and interrogative elements are a way to keep track, to claim space, to say, “I was here.” And time is just strange! An hour can seem like a minute or like an entire day, depending. All of this is quite terrifying to me, and I think, again, the element of organizing and keeping a space for small things that might not seem important helps to assuage the horror of the chaos of life (which I realize sounds a bit dramatic…).

What other work from you do we have to look forward to?

I recently finished a novel, The Mayflies, which has had the privilege of being excerpted in some wonderful journals. And I’m currently working on a new novel, The Ladies. While not a sequel per se, it is a related book as The Ladies were characters in the previous novel. There have also been some excerpts of this work in progress published in some wonderful places as well.

Read an excerpt from Sara’s The Ladies here: http://www.zingmagazine.com/VeglahnTheLadiesExcerpt.pdf