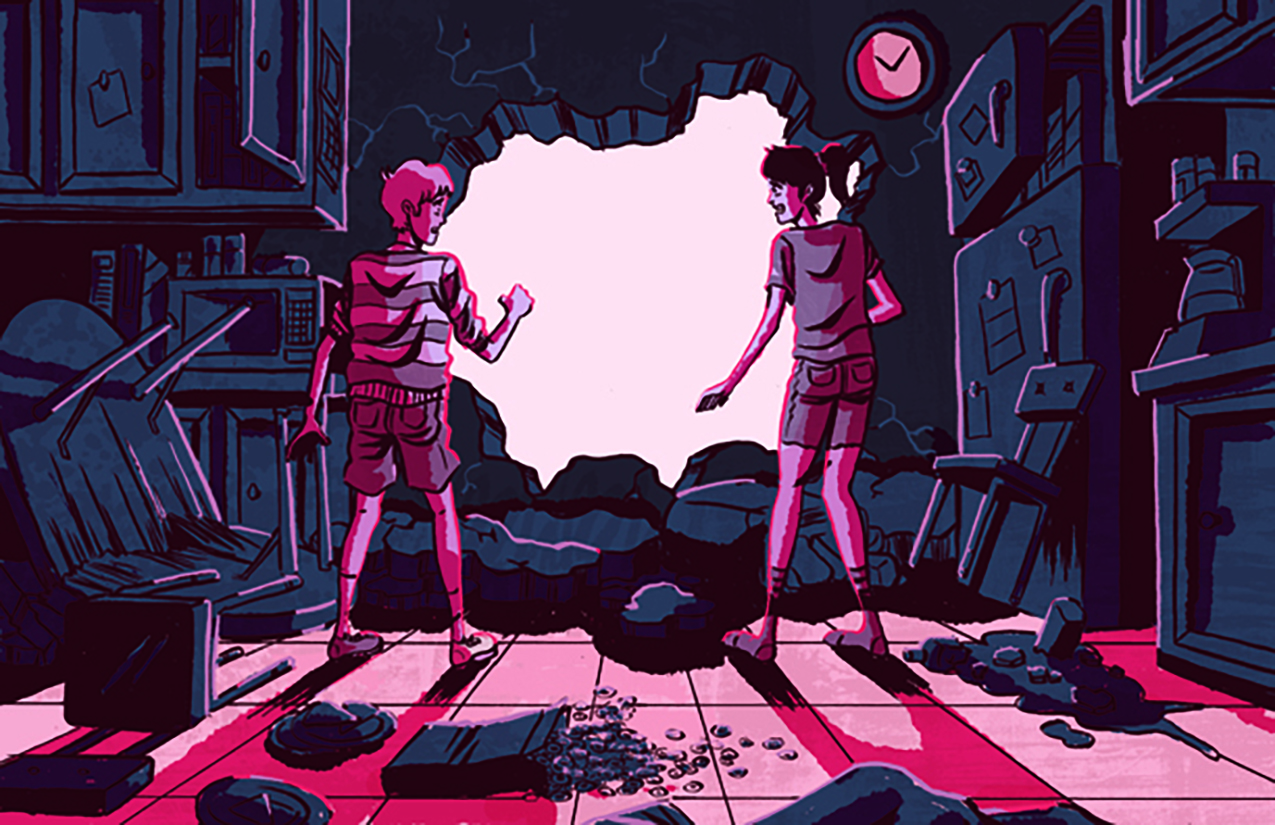 Since the days of my youth, I’ve always enjoyed a nice, weird story. Whether it’s the Brother Grimm, Alice In Wonderland, Edgar Allen Poe, Flann O’Brien, or my father’s improvised bedtime stories about cat gangs, the more bizarre the better. Phillip E. Shaw is an old friend, longtime writer compatriot, and fellow weirdo (among many other things). A section of his manuscript The Takes—a tale of a family assemblage thrown into cosmic crisis—was presented as my project in issue #23 in zingmagazine. Phil’s fiction met my aforementioned standards, and I most likely would’ve been as much as a fan when I younger as I am now. As it so happens, this book is still available to be published [hint hint]. Phil and I corresponded both telepathically and via email. Here are the results:

You called me a weirdo? I think that’s fair.

There’s a folk gothic quality to this story, like the Grimm Brothers—maybe it’s the combination of violence, strangeness, and adversity. Is this due to your German heritage?

Maybe. I read Heidegger’s Being and Time a few years before I started The Takes. He’s concerned with authenticity, being towards death, and what defines existence. Looking back, it’s pretty obvious to me that there’s a lot of that going on in the book. I know the Grimm stories, but I wouldn’t say I know them that well. I saw the movie a couple years ago with Matt Damon as one of them, hunting witches etcetera. Not a good movie.

The Takes are a family—two precocious kids, Brian and Olivia, and their hapless father Norman. I see Norman as the antithesis of the modern hero, a Leopold Bloom in American clothing sans interior life. Who does Norman represent in our society?

That’s pretty right on. The lack of interior life has a lot to do with Norman being not a real person in the natural, common sense. He just doesn’t have the complexity, at least at the outset of the book, which other characters have. Brian and Olivia are definitely precocious, and that’s probably the more noticeable because of Norman’s flatness. But Norman’s journey toward complexity is one of the arcs in the book. And so in a way he represents anything that grows from flatness to complexity. He doesn’t get there at the end of the first book, though. I’m writing toward that in the next one.

I’m interested in this fake-human/real-human thing—the flatness of Norman and his progression toward complexity. It seems like people could relate to this in life—trying to be present or authentically themselves, via meditation, yoga, various forms of art and culture. Is this also coming from Heidegger?

Yeah, Heidegger is batshit for authenticity. His road to that authenticity is through being-towards-death. At least as I read it, if we know that the end is coming at all times, we won’t squander the present or indulge in fantasies like “I’ve got a lot of years left,” or “tomorrow is another day that’ll make up for today.” That kind of mindfulness can be a product of yoga, meditation, and everything else that combines the intellect—he isn’t engineered to get it. Even for Brian and Olivia, the idea of loss doesn’t really start to have meaning until the end. Can people relate to that? I do, anyway. At least I think I will.

After Helen’s interloping Mother rampage, we meet her creator—a low-level Deity who’s churning out defective quasi-humans to unleash upon the earth to please his own vanity. This is interesting to me, especially in the age of the Internet, where anybody can release anything in any stage of completion to the big blank Unknown at little to no cost to themselves. Is there any relation here? Or maybe this is a comment on the creative process in general? As he said “It’s a lot like poetry, babe. Some compositions just don’t turn out as well as others.”

I never really thought about it in terms of the Internet, but damn that’s pretty close to the bone. I’ve been guilty of that for sure, shoving out my imperfect, unfinished creations. Why the hell not? I guess the only reasons not to put it out there would be low quality creations cheapen my “brand,” or whatever, and dilutes the medium by flooding it. Procrustes has definitely done that. He sees himself as an artist, but his art isn’t ready. Just like Norman he’s going to grow through the experience of realizing this, of being chastised and cheapened for his transgressions. Which I guess means that there’s no room for vanity in art because art outlives you, goes further. And that it deserves to have a that life of its own.

I’m also interested in this pantheistic universe where according to the character 8, “there are no rules except infinity and the inconsequence that not only accompanies but defines it.” What’s up with the pantheism? Why is the “God” God just a bored dude staring at his television?

Pantheism is really natural to me. Even monotheistic religions tend toward pantheism after awhile. Most, I’m not sure all, monotheistic religions tend to deify some entity other than the primary God, whether it’s his son or his son’s mother or his son’s cousin or whomever. We like characters. I decided that 8 should be bored because he’s not an interventionist in the sense that he’s controlling everything. It’s that watchmaker argument, in which God sets things in motion but has no control of the mechanism after it’s been created. How long can you watch a watch tick? So he’s bored.

I just read a draft of a newer story you wrote about a down and out Tony the Tiger who goes on a psychotic drug-fueled rampage. Where are you going with this?

That, not surprisingly, started when I was buying cereal. I looked at the store-brand cereals and the name-brand ones. I wondered how much store-brand mascots made, where they would live if they were real, how they’d feel about the wealthier, more established name-brand mascots. I wasn’t sure but I figured Tony was the oldest of the mascots. His fall would be the most tragic, and so he had to fall. But it’s also a story about obligatory friendships, identity, blah blah. What did you think about it?

I was thoroughly entertained, but with a little reflection I was surprised how believable it was for a giant tiger humanimal thing to be in existence. Like when he’s drying off his fur with a towel—totally believable that this thing exists. Maybe it was the dialog that made it more real for me—there was a lot of character and nuance. With that said, I know you’re currently working on a few projects across different mediums. Anything you’d care to mention here?

He’s definitely real to me, anyway. Projects? Always. I’m trying to do a thing where I release, record, or curate a different 2 or 3 song single every month in 2014. The first one is a “band” called Boner Beach that’s available for streaming up or loading down on bandcamp at this moment right now. And I’m working on the sequel to The Takes, which goes back a number of years, then forward, then back again. It’s a prequel/sequel that advances the conflict between all those gods with indeterminate goals in the first book. And of course it explores what happens when two kids get absolute freedom, and how debilitating that can become.