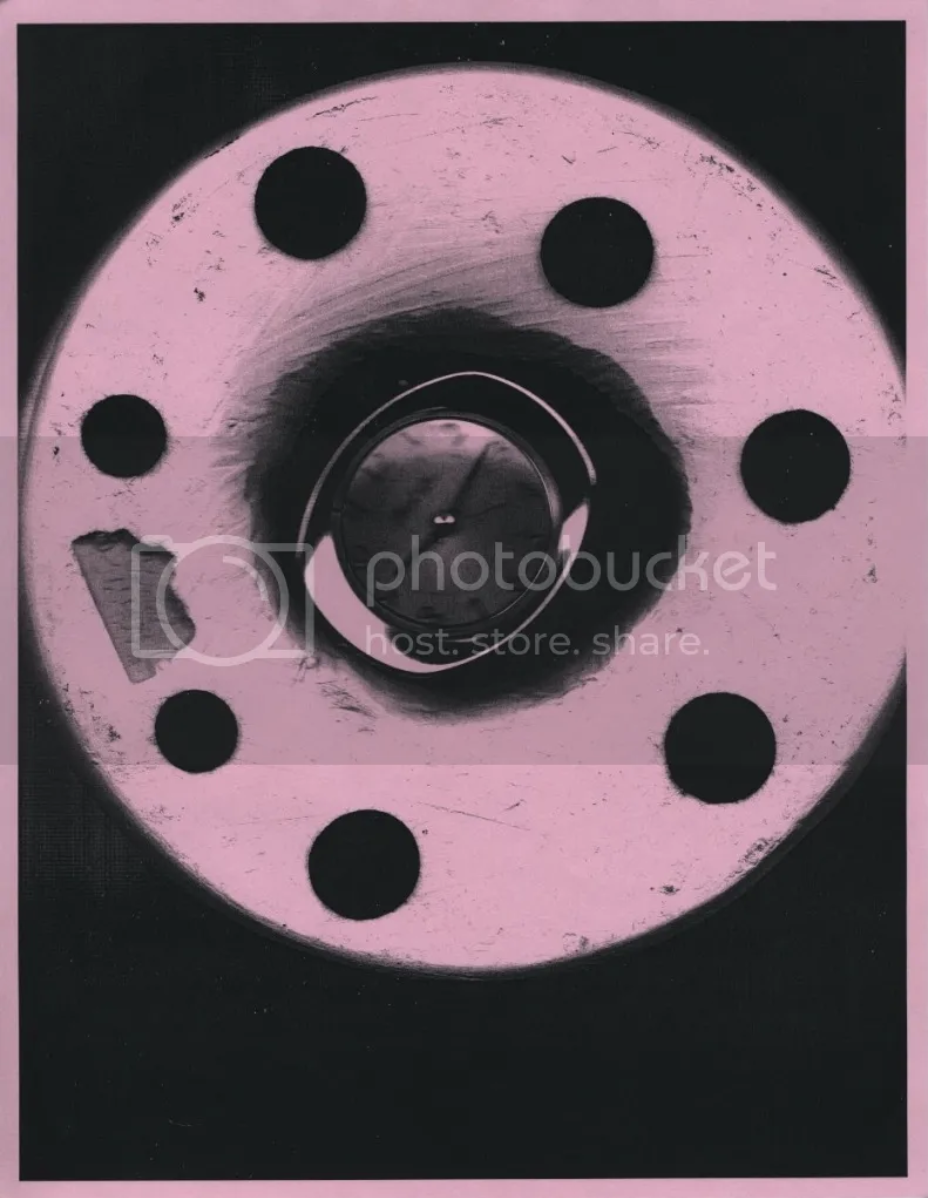 Getting free books and drinks rocks especially if you’re a creative type hauling 16 tons getting another day older and deeper in debt, but what about free art?

Last weekend, Heliopolis in Greenpoint opened a new exhibit, “Witness My Hand,” by Paul Ramírez Jonas where one can take a photocopy home for the effort only of pushing a button. The photocopier that replicates/creates reams of the work is the pedestal in the installation and Ramírez Jonas refers to the items on the photocopier as a “sculpture” calling into question what exactly among artist, viewer, photocopier, original and photocopy is the actual objet d’art.

The experience of the exhibit is a bit like going on a vacation: you arrive at the compact, bright gallery space, realize that the rules are a bit different because omfg you get to touch stuff, anxiously watch other visitors make photocopies first and then perhaps as the adventurous type choose to play along and make your own photocopy. You study your acquisition a bit over your glass of wine in a plastic cup before folding it away into your coat. It’s only later at a bar when you reach for your wallet or perhaps when you’re rifling through your pockets looking for your cell phone that your fingers stumble upon the paper again, and you remember there is art on your person. You have this memento and by virtue of where/how you acquired it, you’re not exactly sure what to do with it. Does one frame it? Tuck it in a box of miscellanea? Hide it in a jewelry chest among earrings and other trinkets? Throw it away (gah)?

This disorientation of where art is located, in which art is neither literally out of reach, nor truly owned by the audience, teases out anxious questions around the art economy. What is the real value of an art object (and in the damaged world economy what is the value of any object)? Who determines the worth of a work of art? Who owns art? Perhaps least asked, but most crucially, how is art distributed?

Along those lines, the title of the exhibit refers to the occupation of notary (one who bears witness to originality). It would be a reach to interpret “Witness My Hand” as a direct statement on the increasing controversy (and yet dubious legality) of copyright violations from illegal online file sharing. Yet a packed opening reception surrounding a photocopier—nearly a beast of an antique—that visitors use to self-serve pieces of art as from a candy dispenser, does imply the freedom of information/technology activism’s take on the Bacchanalian spirit.

Ramírez Jonas’s particular iteration on the subject of art business and art spaces, of which, it should be noted, much has been said that ranges from the impressive to the foolish since Warhol, is successful significantly because the work is sincere, playful and thoughtful rather than cynical, snarky or final. Most of all, “Witness My Hand” comments on art without being exclusively about art economy, nodding just as heartily at the basic joy of engaging with whatever happens to be on the pedestal. Can this variety of joy be commodified? At “Witness My Hand” art isn’t actually free, but it is a sly gift, that is, should you choose to reach out and take one.

“Witness My Hand” is on view at Heliopolis through March 24th.

Is part of your interest in creating paper copies of a sculpture about comparing 3-D and 2-D compositions?

Not at all. My interests is not so much in me making copies as the viewer making copies. How is the art of looking different or similar to making copies, in fact to making. I am not claiming that they are the same or different, I am merely trying to create a situation where the viewer becomes an engaged part of the public. The choice to make, or not to make, a copy is what I hope will establish a relationship between the public and the sculpture. In fact I am interested in conjugating the word public: to make public, to publish. That is what both a pedestal and a copier do for the original, they publish it, they make it public.

In the 90s and into the 00s I made worked that kept flip flopping between works that were predicated on participating and looking. When I achieved participation I always feared I had only accomplished some form of entertainment; and when I relied on the more Apollonian mode of viewership, the work seemed too distant. For the past few years I have settled for a kind of potential participation. In these situations the public can participate; but the artworks can function with you or without you. I want the choice to be important, to be felt. I want a threshold, however small, to be crossed by the viewer—and always—I want the option for the public to rescind their participation.

I believe that was your daughter at the opening with you? From what I know of you work, it occurred to me that there’s a playfulness that possibly engages the perspective of a child. How does your daughter react to your work?

She is very critical. Most kids are. If I see my daughter’s eyes, or her friends, glaze over and loose interest in what I am working on . . . I know I am in trouble.

The title “Witness My Hand” suggests that neither the pedestal (copier), sculpture (book), or photocopies are the artwork, but rather it is the audience observing the interactions of these elements. In some ways, the art object of your piece at the Dikeou Collection, “His Truth Goes Marching On” is in actuality the song that can be played and the different ways it’s played by different viewers, rather than the (quite beautiful) chandelier of glass bottles itself. What, to your mind, is an art object?

That’s an easy one! I would have to place myself squarely in the camp that the art is in the relation between you, me, and the object between us. Borges said it best:

How was the content for the sculpture that would be photocopied chosen? What is its significance?

The bust of Psyche was selected in a rather straightforward way. I simply looked at what was available. I thought that supply and demand would reveal what busts and what statues remain aesthetically and culturally significant to us as a culture. I hoped that whatever high quality reproductions are for sale will actually reveal this. So while I would have loved a bust of Piero Manzoni or Che Guevara, I instead had to choose between Psyche, Freud, Mozart, The head of Pericles, Michael Jackson, Ronald Reagan, Obama, etc. I inserted a clock in the concealed hollowness of the bust so the copy would not only show you the only part of the “sculpture-in-the-round” that we never get to see, but also the present time.

The second object is a statue of an open upside down book. In some ways it is very simple: it is what it is. It is also an inversion of one of my favorite kind of headstones at the cemetery: the open book.

A photocopier seems almost archaic with the technological revolution of the last five years alone. The reference to the origin of “notary” and the mention of copy centers in the press release suggests that you are, as an artist, observing an arc of technology especially in regards to how we relate to art. How do technology and art interact?

I seem to have a strange ability to become attracted to technology just as it is about to die. I am working with admission tickets just as they are becoming hard to find. However, the way we interact with technology is such that even the most up to date gadget will be nostalgic and outmoded within a few years. With the copier I had the initial instinct to use a 1963 Xerox, the first desktop plain-paper copier, I have no idea how many hundreds of thousands were made . . . I could not find a single one for sale. In fact I only found a handful in museums. My apologies, I am totally nerding out on you! I don’t really have an answer to your question. Art and technology are part of our culture and they are inseparable from each other. I just like to note that we take great care in preserving our art history, but our technological history is almost disposable . . . the first web page ever online, for example, was lost years ago. Someone should have made a copy.