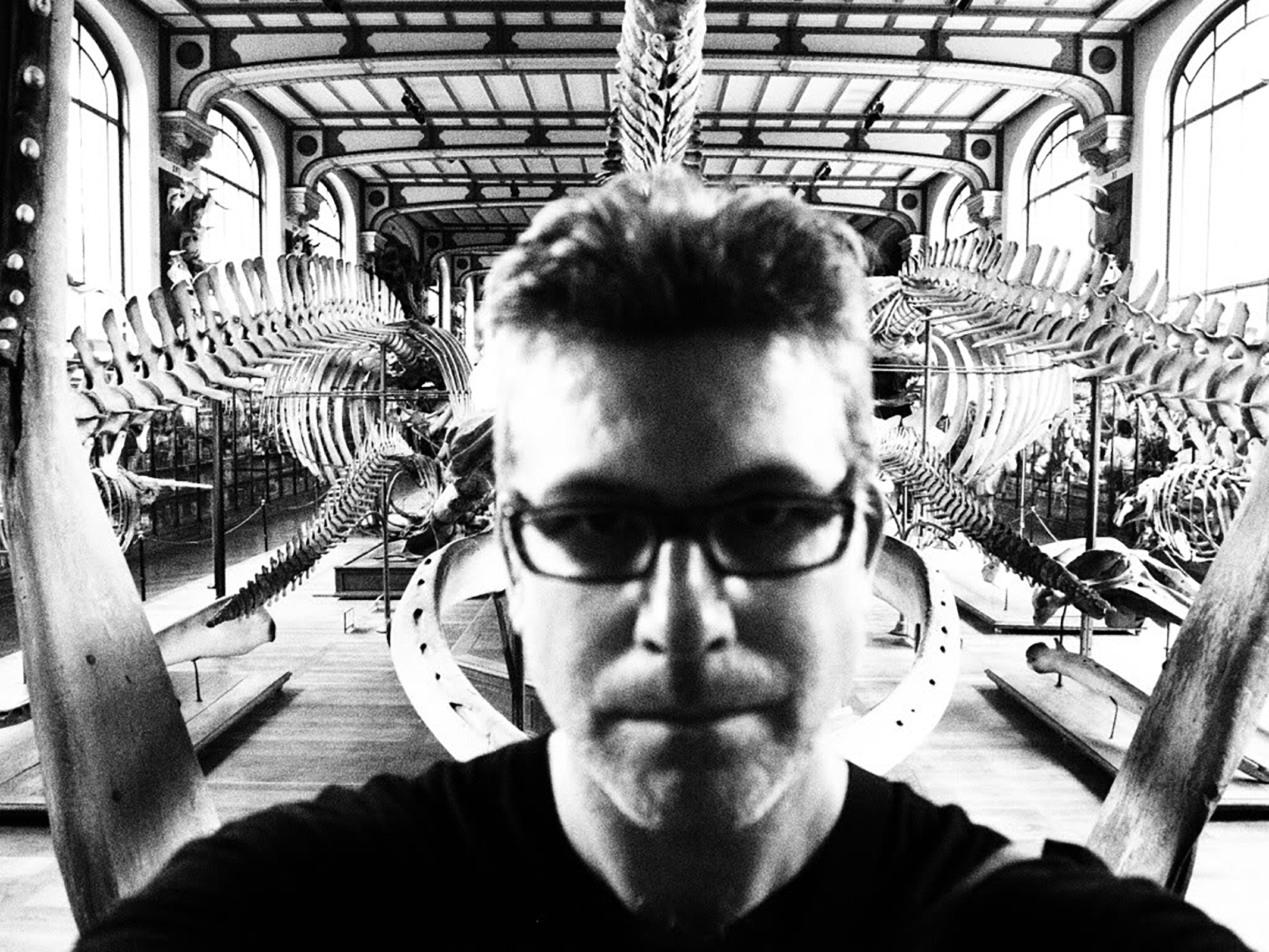 Laird Hunt’s fiction is some of the best stuff around. Weird, lyrical, mysterious, funny, gritty, and more, it’s the type of work that makes you want to devote your life to literature. His fourth book, Ray of the Star (Coffee House Press 2009), follows in the line of his previous brilliant noiresque novels The Exquisite and The Impossibly , but also integrates the haunting memory-based emotional depth found in Indiana, Indiana. Ray of the Star follows grief-addled Harry Tichborne in a vacant escape from an unnamed family tragedy to a European city on the sea very much like Barcelona. His life proceeds to delve into a series of strange events involving a large yellow papier-mache submarine, talking shoes, a silver painted love-interest, lectures on death by ghosts, and a trio of sinister old men called the Connoisseurs as the mood of the novel sways from interminable grief to light slapstick, dense mystery to vague horror. As a former student of Laird’s at the University of Denver, I am extremely pleased to have the opportunity to interview him.

Your new novel, Ray of the Star, again falls on the side of noir. What draws you to this genre?

I actually wrote it thinking I was more involved with ghosts and ghost stories than noir, but I certainly know what you mean. Maybe what I’m interested in in the kind of off-noir or noiresque that I’ve practiced over the years is the possibility of genre blending. Noir in this case (and maybe in the case of The Impossibly) blended with the fantastic. If you agree with Brian McHale and others that detective stories and spy novels are epistemological beasts, in which knowing—both what and how we know—is key, and that fantasy and science fiction are ontological animals, in which being rather than knowing gets center stage, then an effective blending of the two genres results in the kind of knowing/being combine that might, it seems to me, actually rhyme with the universe as we experience (rather than tend to represent) it.

Each chapter consists of a single sentence. What made you decide to use this constraint?

Friedrich Dürrenmatt uses this constraint in his novel The Assignment. I came across it and was interested in how energetically he applied his mechanism and in how appropriate it was for the murder mystery he was developing. I put his book down after a few chapters (sentences) and filed the device away. Then I had this thought of writing about someone trapped in almost inconceivable grief.  Ordinary length sentences didn’t seem long enough. I needed the sentence to be longer, but not languorous, not ambling, agglutinative things. So I thought again of Dürrenmatt and brought what I remembered of the way he made his long sentences rush to the work I was envisaging. Being stuck in long sentences, one after the other, is a nightmare. Harry is like some underwater swimmer who can only come up for breath momentarily for fear that bullets or arrows will hit him.

This novel deals with trauma and making sense of death.  Senor Rubinski’s explanation of “drippings” reminded me of Flann O’Brien characterization of death in The Third Policeman as absurdity explained rationally. Do you feel that there is a certain absurdity to conceptualizing death that can be exemplified in literature?

This makes me think of the image of the semiotic square—that nifty diagram that proposes that when we assert something (white) we invoke its opposite (black), but also all the things it isn’t (not white) and all the things its opposite isn’t (not black).  So that when I wrote “knowing/being” above, “not knowing/not being” came into the room. Writing is rather mediocre at describing or representing death but I think it can be extraordinarily powerful in evoking it. Or, to borrow the word you use above, exemplifying it. We’re just starting to tackle the concept of dark matter in science. I think writers have been working with it for centuries.

Not to choose favorites, but my favorites were the Connoisseurs. They were menacing yet funny. I had a laugh reading various labels placed on them by reviewers such as “wise-ass noir goons” by James Gibbons in Bookforum.  Could you share your feelings on them?

Ah, yes, those guys. I had tremendous fun trying to keep them under control as I wrote because of course they want everything, all of it. Why, they kept seeming to ask, is this Harry’s story at all: tell our story: make us the center of it: etc. They were so insistent, in fact, that after having been two for a long time, they became three. Three points to the infinite better than two, it seems to me. Perhaps in the way that, as Borges liked to say, 1001 (nights) points at the infinite better than 1000. They were definitely a handful. You don’t want to try to argue with them. Or, for that matter, have them emerging from your head.

Something I’ve noticed in more than one of your novels is the presence of food. Characters eat and what they eat is particular and described; in the case of Ray of the Star, large amounts of sparkling water and various sea-born delicacies. Why all the eating?

This really started with The Impossibly. My first impulse in answering this is that my younger self was doing something more or less unconscious with all those comestibles that Hemingway describes in his stories and novels (once upon a time I read them all). Warping and troubling that desire, as he somewhere described it, to make the world seem more real in fiction than it seems outside of it (I’m currently seeing one of his famous glasses of beer, sitting next to a pretzel and sweating in the dim light of an inn in Europe somewhere). Maybe there is something to that. I’m not at all a “foodie” in the popular sense of it. To be honest I’m a little grossed out by food culture. And of course my characters eat odd foods (octopus porridge) or obsess over minor details (the glaze on a pastry) or relatively banal ones. But we’re all slung between one meal and the next. Food is the thing, isn’t it? I know my cats think so.

Each of the three sections of the novel includes a quote: I: “Now you must learn how to last”; II. “The past, since it does not exist, is hard to erase.  Tears and the gnashing of teeth.”; III. “In the places / only the dead dream, I will look for our reflections.” Can you disclose the sources of these quotes? Care to release further thoughts on them?

The quote sources are cited on the copyright page. You will, I think, recognize at least one of the names: Bin Ramke. And may have run across Christina Mengert during your time at DU. Perec wrote the first one. I wanted to have it both ways with these epigraphs—to have text from elsewhere brought into the mix, but also to have a disconnect between attribution and the language I was borrowing. Put otherwise, I didn’t want people to completely leave the dream of the book as it was unfolding—to turn their thoughts both to the substance of the quote and to its author. At the same time I wanted to point people toward important writers (hence the attribution on the copyright page).

Ray of the Star was recently made a finalist for the Pen USA Literary Award for Fiction. Hunt has more books on the horizon: his first book, The Paris Stories, will be reissued by Marick Press in the Fall, Counterpath Press will be publishing his translation of Oliver Rohe’s Terrain Vague under the title Vacant Lot, and Actes Sud will be releasing The Exquisite in France. Bon appetit.