SITTING IN ON A CHAT WITH KRISTEN DODGE 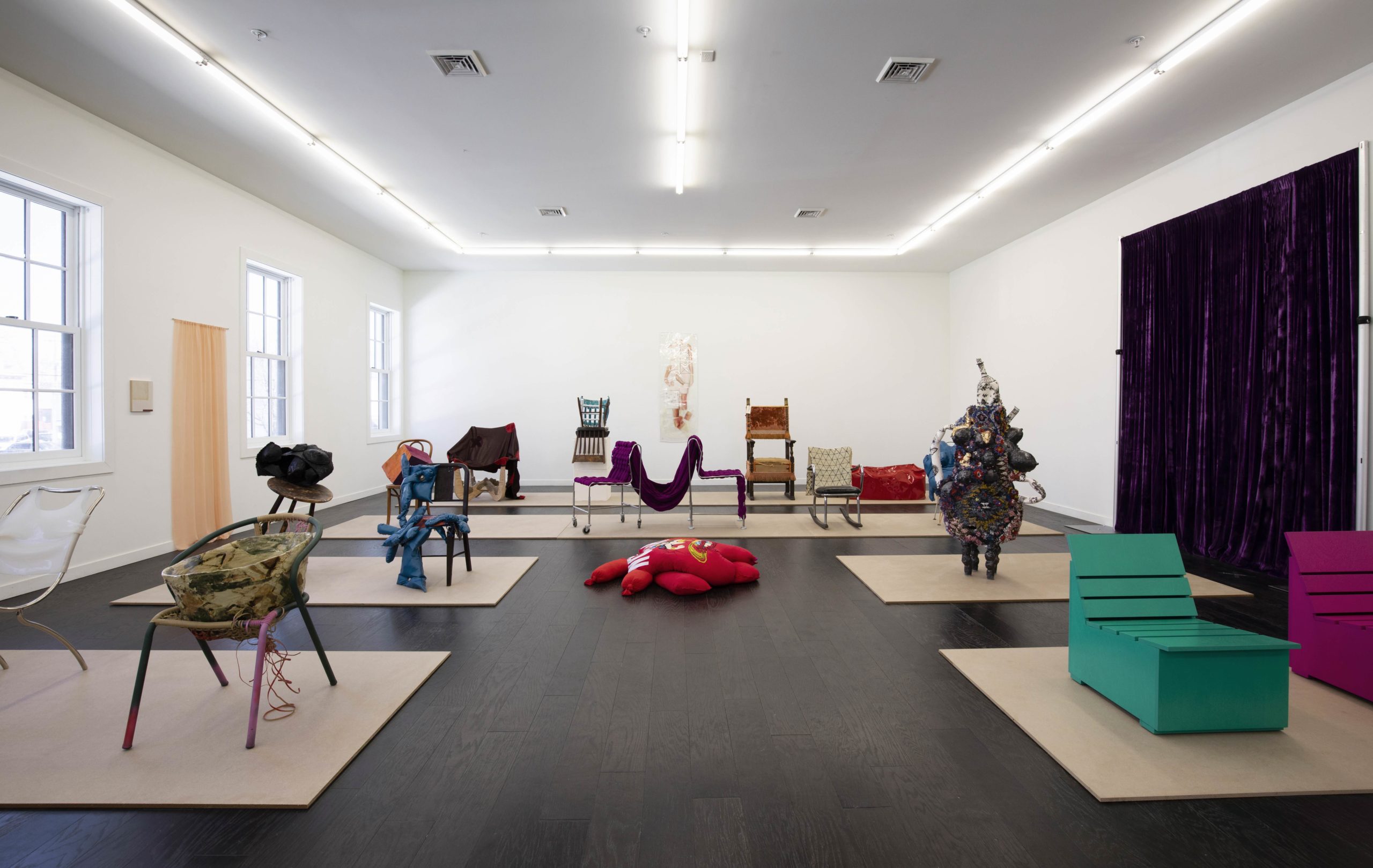 Kristen Dodge is curator and owner of SEPTEMBER Gallery in Hudson NY. Previously operating DODGEgallery in Manhattan’s Lower East Side from 2010-2014, she decided to leave the New York City art scene and focus on building an inclusive artist community in Hudson. SEPTEMBER was founded in 2016 with a missions to serve as “an evolving platform for artists of diverse disciplines . . . committed to engaging the surrounding community, while hosting artists predominantly from Upstate to Brooklyn to Boston.” SEPTEMBER’s latest exhibition Sit-In is on view through May 27th.

Sit-In looks into the shift of function on “familiar form.” You left the Lower East Side art scene to join that of Hudson, NY. I can imagine there must be a feeling of shifting familiarity. Was your inspiration for the show rooted in any particular shifts of familiar form?

I’m committed to the idea that change is good and necessary, not just inevitable. The theme of the show is definitely reverberating the ethos of the gallery, starting with our name and branding. September is a season of change, of an impending shift. Creativity is contingent upon change—to create is to make something new. This means shifting into the unfamiliar, possibly terrifying, but definitely exciting space of not knowing. In speaking of the art “world”, this goes for artists, gallerists, curators, writers etc. And so, like the algorithm that adjusts the positioning of the letters in SEPTEMBER every time you refresh or shift pages on our website, the gallery is in a conscious state of movement and change. And yes, my life itself went through a major rejection of familiarity four years ago. And so, to answer your question, this show absolutely reflects an internal interest and approach I have to life both personally and professionally.

It seems that creativity blooms in that exciting space of not knowing. In the case of your show, you force the mind to go against the utilitarian view of seats and discover new functions. As a curator, do you feel yourself more drawn towards an object’s aesthetics rather than utility?

Dysfunctional is my friend. It turns out that the people I willingly surround myself with are unusually functional but see themselves as especially dysfunctional. I appreciate opposites, contradictions, subversions. So, to start with the most functional of forms and make it something else—subtly or violently so—is starting with banal and ending with exceptional. The works in the show have undergone that transformation. I am absolutely attracted to the spectrum of aesthetics from elegant to raw. That range is present in Sit-In, from Jane Bustin, Hannah Levy, and Mary Heilmann on one end to Kate Gilmore, Kianja Strobert, and Jessica Jackson Hutchins on the other end. The question of utility is raised in the context of this show, but importantly these are all artists, mostly sculptors, not designers. An inquiry into the line between design and art is an interesting topic, but not of importance in the curation of this show for me.

The title of the show “Sit-In” appears in a moment in time marked with protests and activist art. In a traditional sit-in, it is human bodies occupying space yet here it is the chairs occupy space. Have aesthetics and composition commodified the “Sit-in” protest and other acts of revolt?

Sit-In is a quietly organized protest against discrimination. Addressing the list of artists, there’s a point of commonality that’s in contrast to the operative, dominant call of the art “world” and our culture at large. There is a word play, yes, and a deeper injection here. In terms of the notion of a seat . . . a seat takes up space and creates a space within itself. What happens when we make room for those who haven’t found any, or enough?

Figures and figurative references are present in the works, and present by notice of absence . . . place-cards. The Dinner Party by Judy Chicago comes to mind. The exception is Barbara Gallucci’s works, which have literally hosted and held willing bodies. Her pieces have created a joyful social space and added the content of participation in the show.

Women are stereotypically seen as submissive and the same could said about a chair. They are both silent and even inanimate yet supportive. With the show, you put chairs and seats at the forefront. Was it in the same vein that you chose to make it an all-women group show?

Who I am, and the women I know and work with are so far from the stereotypes of what it means to be a woman. Submissive, silent, inanimate and supportive are terms from an outmoded power structure that is inevitably dying and being replaced. Creating space and putting underrepresented people in the forefront has been a priority or us and is finally becoming a wider-spreading reality. One by one.

I’d like to add that the content of individual works is not political, but perhaps the accumulation of them, and the purposeful direction of the installation offers underlying content.

SEPTEMBER aims to be different from other galleries. You use the terms “always” and “sometimes” instead of “represent” and “exhibited”. You seem to focus on breaking the frameworks in which concepts and objects lie. Was this always a focal point of yours?