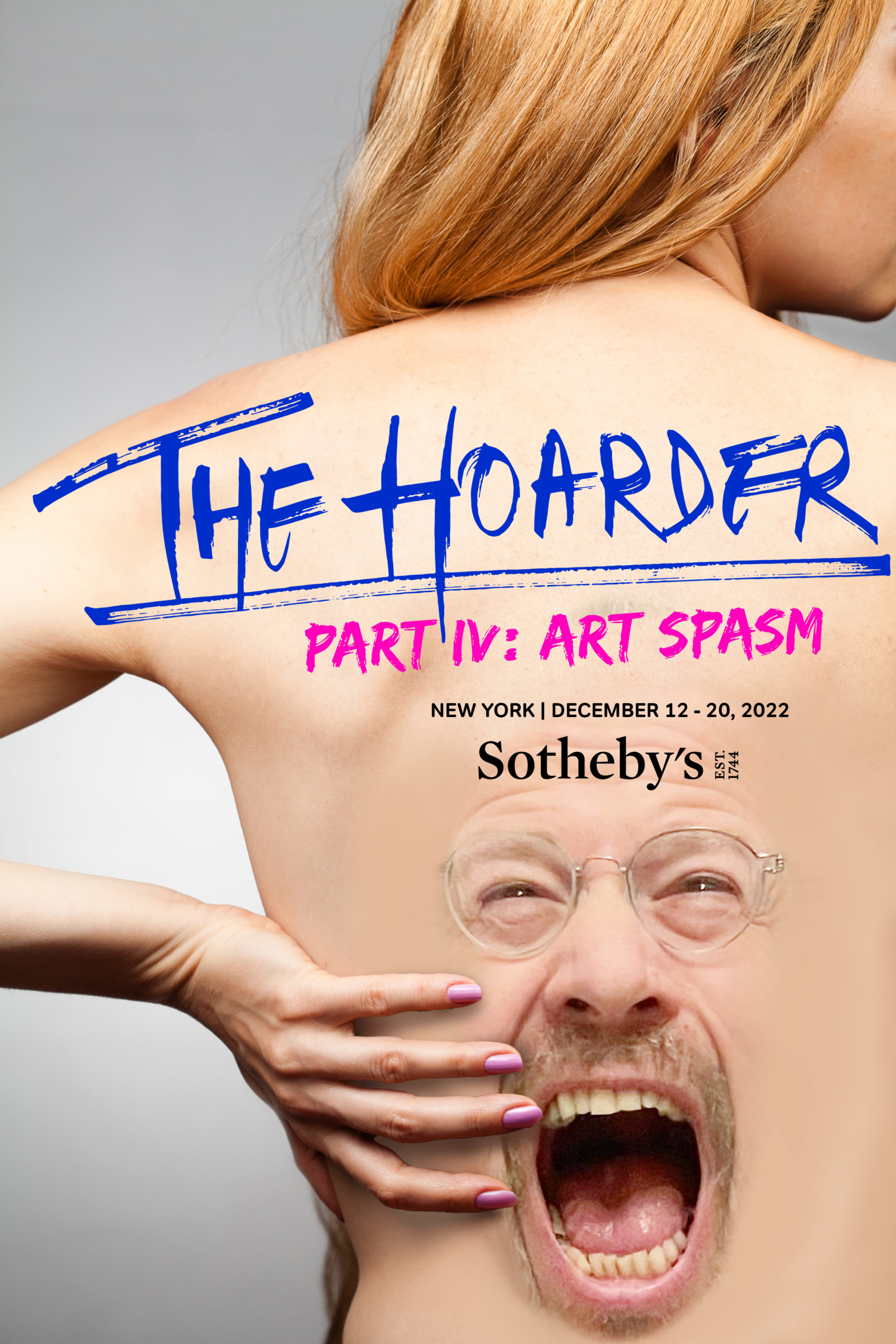 Can you talk about the concept of Hoarder IV (already the fourth edition!) your sale at Sotheby’s—how did the idea get hatched?

I lived in London for 15 years before moving back to New York in 2019. When I took stock—or tried to—of the task of packing up my residence which had become inundated with stuff to the extent I thought the house would sink into its foundation, or I would be suffocated to death by my possessions, it was nothing short of daunting. And a little shameful. The idea occurred to me that a chunk of the art and design would be better served with new buyers that could cherish the works as I had. Before I got buried. Hoarder is a pejorative term for accumulating art which instantly appealed to me. And having utterly no reserves, unheard of in the auction world, seemed a great way to make art accessible to others that may not be in a position to afford to forge a collection. My loss is your gain.

How does one reconcile selling if one’s a hoarder . . . It seems counterintuitive . . .

Trust me, there’s never an empty wall in my house—even after 72 works were recently picked up from my place in NY. And that constitutes less than half this year’s sale. My storages have storage. I am materialistic yes, but ascetic too: as long as there is something I love to replace an object gone missing, I am copacetic. I don’t get too attached to individual things other than a handful of artists that form the core of my passions and interests. Plus, buying is addictive—it’s one of my only vices left at this stage of my life (other than cookies)—so there’s always incomings. And yes, I fully recognize the extent of my unresolved “issues.” 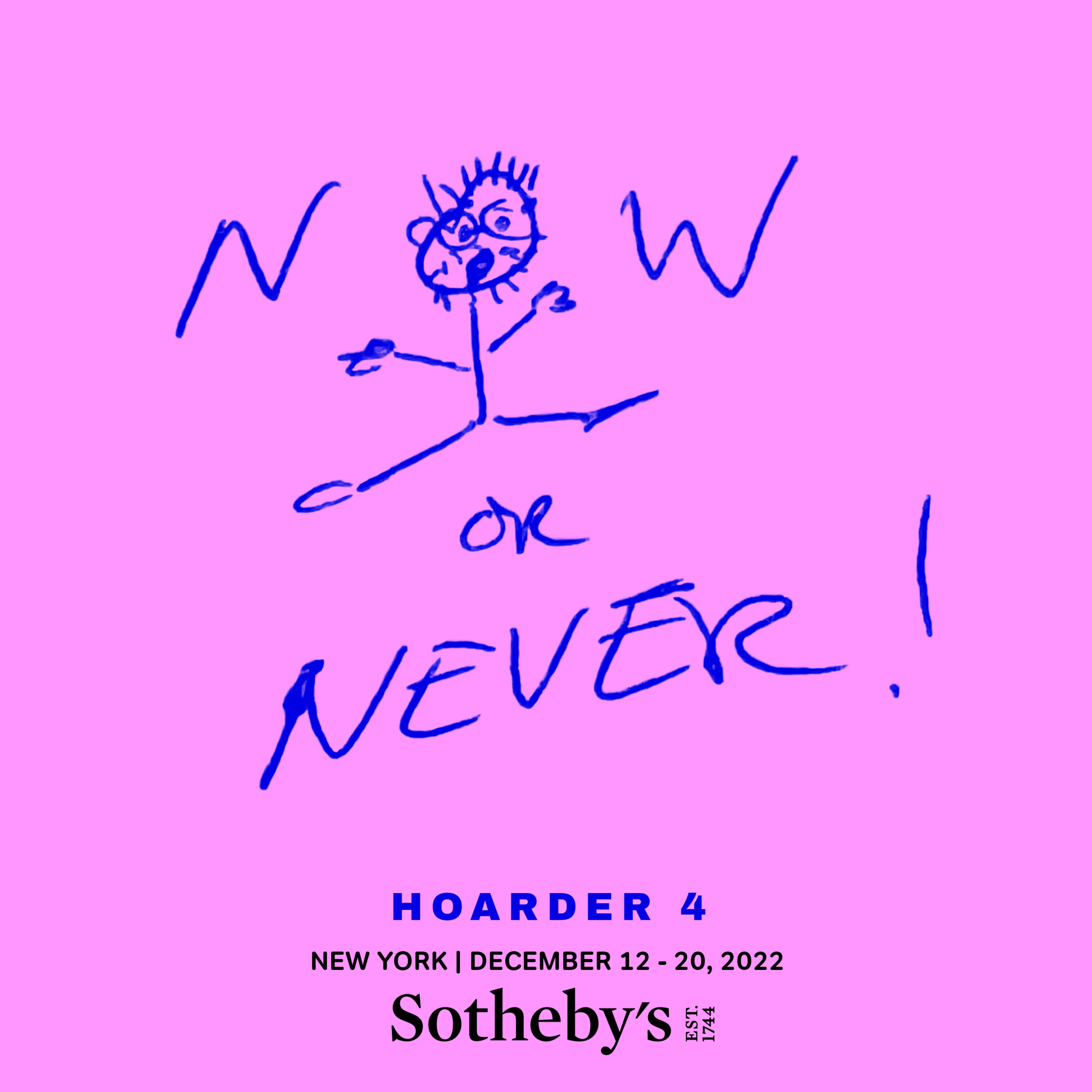 How does one decide what’s in the sale vs what one holds back?

Timing is important (i.e. when I bought something) so as not to get branded as a flipper though I am very laissez faire in life and think it’s normal for people to change their minds when it comes to ownership and don’t begrudge others who sell my art. Also, of all the works that have recently departed my hoard, there are things I couldn’t yet do without as they fulfill a function in my thought process at a certain point in my life.

How many of these sales have you done and how many should we expect?

This is the fourth and I planned to have it as the last but alas, I can’t really make a fulltime living from my art, writing and teaching (unfortunately), so what choice have I? Stay tuned for Hoarder V.

How does your specialty NFT’s figure into the mix . . .

It doesn’t . . . exactly. Though (I am full of self-contradictions) I am doing a mini-hoarder NFT sale with Lempertz Auction House in Germany on December 3rd. With no reserves (of course) and 13 lots. 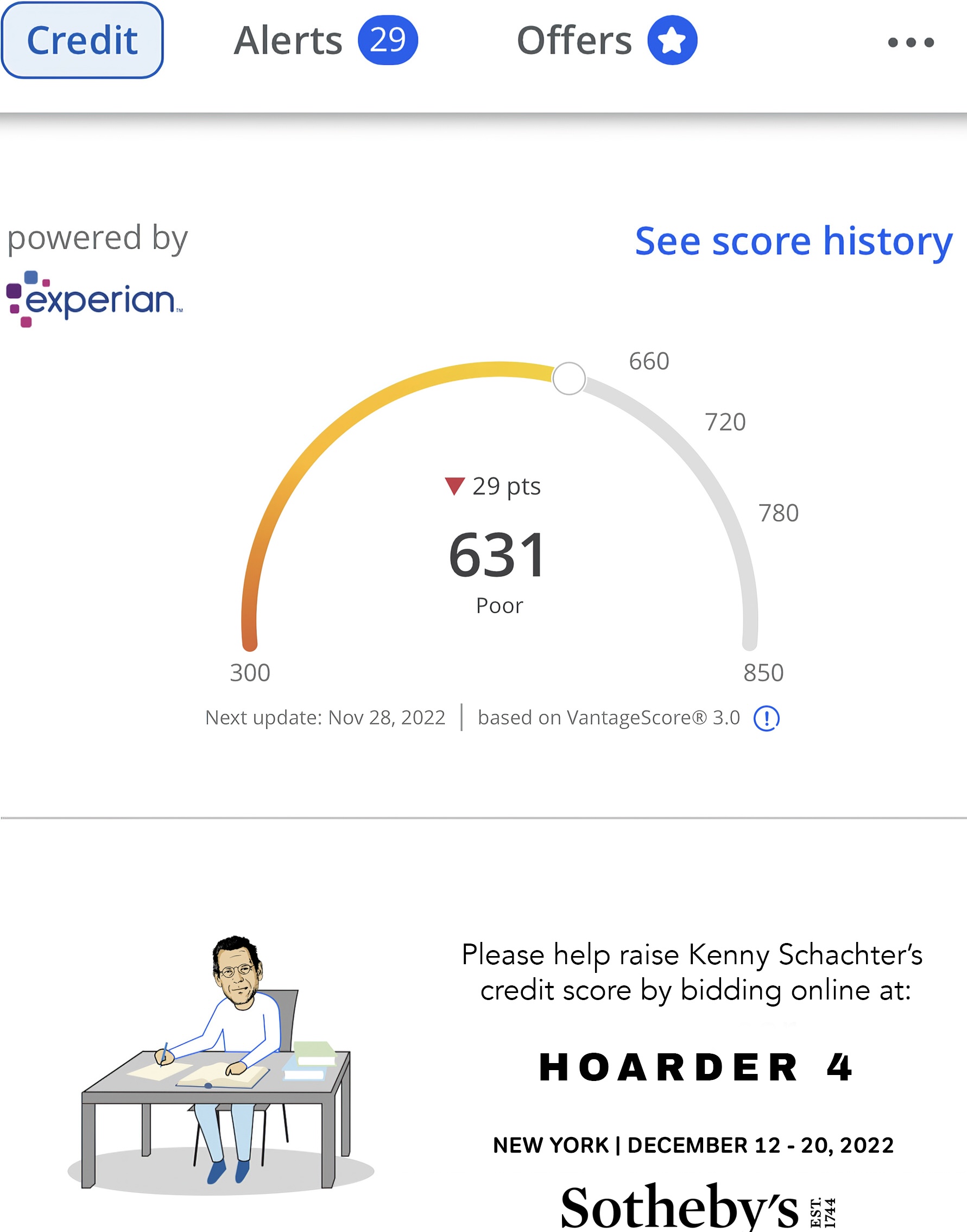 Is the sale an art piece?

Everything I do—teaching, writing and making things—is in some sense related to my art process, a kind of performative exercise in self-sabotage.

I had a nihilistic friend working at Sotheby’s in 2019 and he laughed when I proposed naming the auction derogatorily in relation to the stuffiness of the art world. At the time, online sales were the lowest of the auction hierarchy; one small step above selling your wares on a blanket on a street corner. So no one really took notice or cared. Then, in the face of the pandemic, online became the only way to transact art—for buyers to get their fix. At that point, Hoarder was already launched and as far as auction houses are concerned, if there’s a market for soiled underwear, then knickers they will sell. As long as my shit keeps selling, I’ll continue to have a platform and free reign.