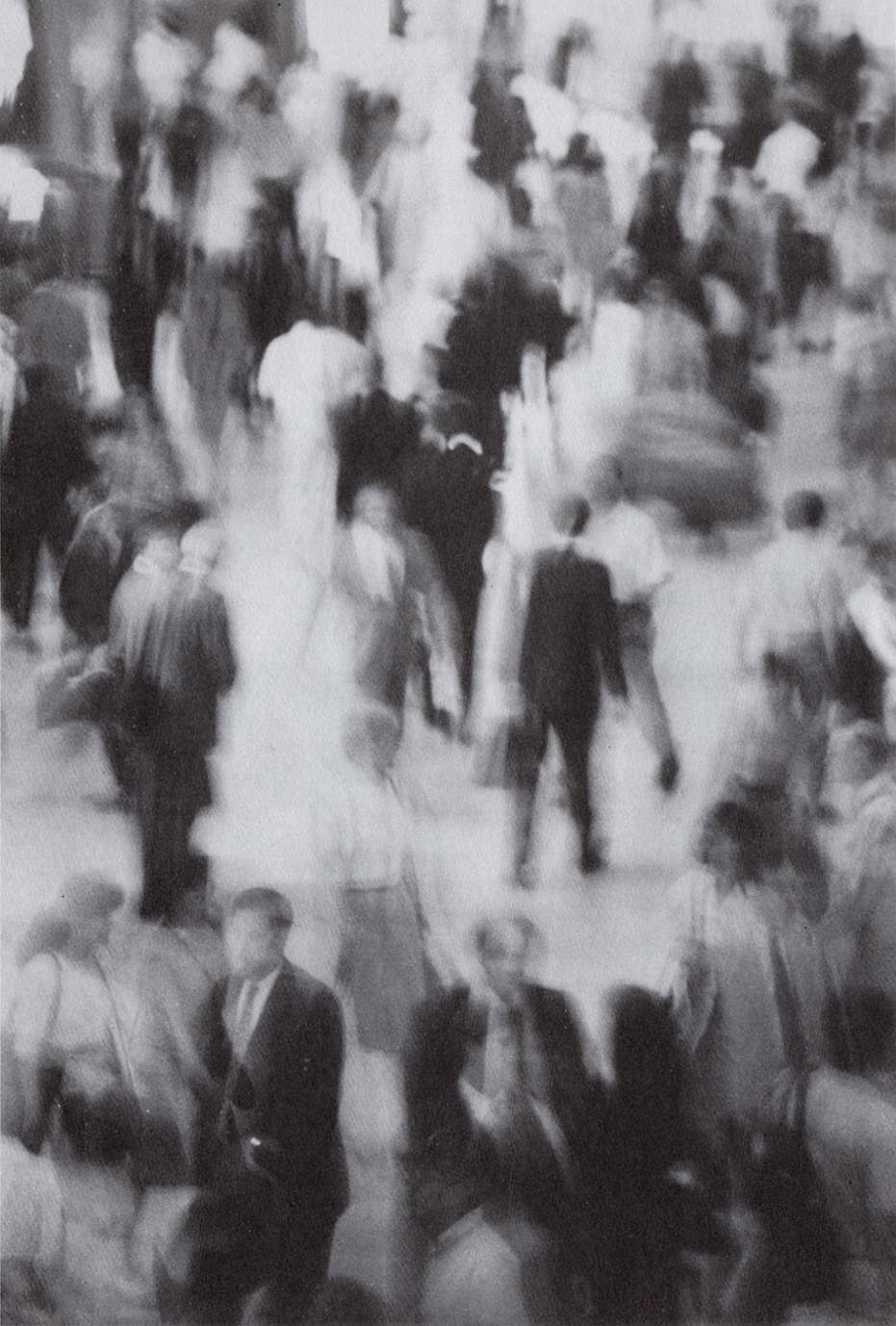 Devon Dikeou’s second solo presentation at James Fuentes, “Here Is New York (E.B. White)” features what are among her earliest artworks made as a young artist in New York City. There are two security gates paired with other security-oriented materials—glass blocks and acrylic sheeting—and an enclosed kiosk, all of which one would regularly find on the streets of New York (depending on the hour). These works set a seminal precedent exploring spaces and objects of transition, which would later find other forms and subjects as her career progressed. So with this exhibition we return to the root of things, to revisit where it all started got Devon and an era of heavy analog materiality that is changing with the sleekness of this post-digital era. “Here is New York (E.B. White)” is on view September 8th – October 7th, 2018.

These security gates represent to you the “in-between.” Other works of yours also engage in this realm. What is it about the “in-between” that appeals to you?

John Baldessari said, “Instead of looking at things, look between things.” I ran across this quote only in the last year, which was in a book of collected quotes by artists under the table of contents’ moniker of “Advice.” And it made a lot of sense to me. Many of the series in my practice touch on this “in-between.” The curtain behind the comedian, the flower that accompanies the big picture, the chair that seats the Pope, the minimalist donation box soliciting funding, the plant in the mall that is between decoration and commerce, the jazz musician (like they often are) forgotten, the directory board announcing the exhibition. I’m interested in those spaces that are shared by all those transactional viewing experiences . . . the viewer, the artists, the gallerist, the critic. And more. What they all signify is something that I’ve always reflected on, and done and it comes down to this, which is very similar to the Baldessari directive. Look at the space between the leaves of tree, not the leaves themselves.

The show is titled “Here Is New York (E.B. White)”. You often use literary references to support and deepen your conceptual installations, adding a dimension of the human condition to cerebral artworks. In this instance, a quote from E.B. White. What do these titles mean to you?

There is this great bookstore called Three Lives in the Village near an apartment on Christopher where I once lived. It was and is spectacularly curated so to speak, and I maybe learned something about curating from that bookstore. It is tiny, not like the Strand—which is all inclusive, and where you can go for miles and days browsing. Three Lives had to strategically choose what to shelve, much less select or highlight. I’ve found some of my most beloved and cherished tomes there directed by the Three Lives curation, one being the slight thin paperback booklet that can be read in an hour called, Here is New York. It’s by E.B. White, who I only knew from Some Pig! and Charlotte’s Web fame. I quickly absorbed his adult message—and learned of his great, underrated legacy as a non-fiction writer—and re-examined the childhood tales I so loved. What is Charlotte, a spider, who weaves a web. What is New York, a web us flies have to navigate.

Security gates have come to represent a low-key quintessential part of New York street life. How else does this show find its groove in the Big Apple?

When I came to New York, it felt like a world of possibility. But it was equally dangerous as was it was joyful. Lots of artists have explored this, from Nan Goldin to the Ramones, Blondie to Robert Mapplethorpe. They had all the stages covered, so I worked on the background . . . The gates were as ubiquitous then as they are now, but a universal signifier of urban environments worldwide. The gates seemed like the perfect segue.

The industrial nature of the gates is representative of an engagement with functional ready-made materials positioned within a conceptual framework that characterizes some of your early works. What was the draw of these materials and subjects for you at the time?

New York. Of course, that was the platform, and I’ve been discussing this with Cortney . . . The difference between platform and medium . . . But I think the gates are the medium. And nothing can be done without Duchamp. So those gates are the Duchampian gesture/medium in and on the platform of New York.

Being some of your first works made as an artist in New York, what does it mean to show this work in a contemporary context—over 25 years after they first premiered?

I remember going to an exhibition at the Whitney (Breuer Building) in the ‘80s of Vija Celmins and Dan Graham. I just loved it. The wall texts kept touting a phrase which I thought odd at the time . . . “An Artist’s Artist.” I thought it was a slight in a way, because the work was incredible, those dense drawings of oceans, surface images of housing—both reflecting something immeasurable, and perfectly and specifically dated. Now these artists are larger than life as they should be, I would only be so happy to be called an artist’s artist even if it’s 25 years or more, later.

Finally, in revisiting older works, can you see any ways in which your work has changed? And ways in which it has stayed the same?

I am an archivist by nature, save everything, never know when you’re gonna need it . . . All things everything, a page from Warhol. But funnily enough, the gate works physically disappeared. Gone, and yet always felt like that friend you see again and pick up with as if no time has passed . . . Or a time capsule you open and greet with abandon. I’d look at the photos of the gates and long for the youth and early conviction of that other time. So it’s nice, a lovely present to see them again, to visit with these old friends, and see what as a young person and thinker I was aiming for and then as a more mature artist now, how I picked up those threads . . . And the ability to make a relation “between” them, there we go again. And so their being made again, these gates, makes me smile. Archive that, Devon.