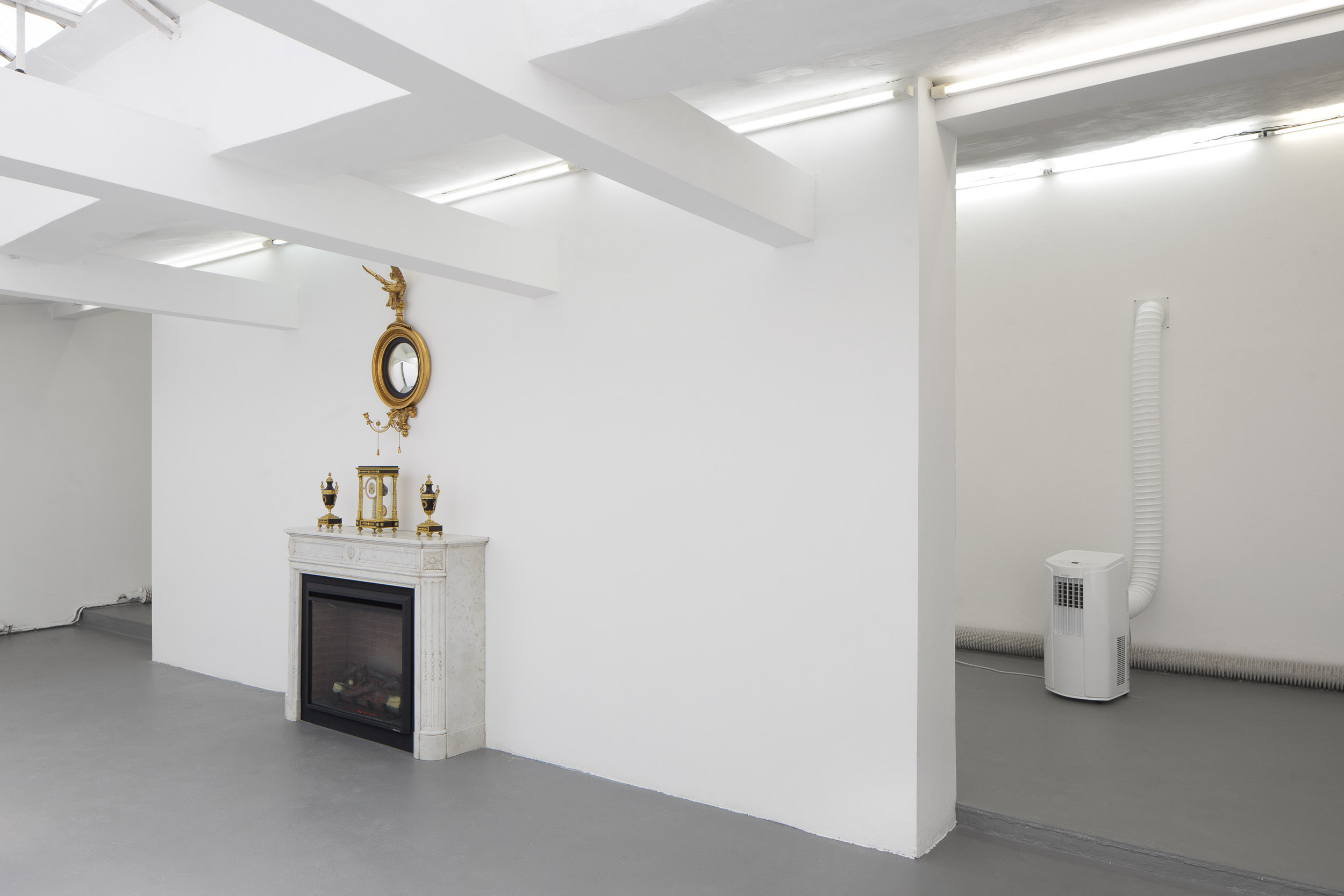 Cortney Lane Stell is Executive Director and Chief Curator of Black Cube, a nomadic contemporary art museum based in Denver, Colorado. Michal Novotny is Director and Curator of FUTURA Center for Contemporary Art in Prague, Czech Republic. In their first collaboration, these two organizations have partnered to host Black Cube fellow Devon Dikeou as a FUTURA artist-in-residence in Prague. This resulting exhibition, “Tricia Nixon: Summer of 1973” is on view at FUTURA through September 16, 2018, alongside concurrent exhibitions by Andrew Norman Wilson and Lenka Vitkovka.

In collaborating to produce Devon Dikeou’s “Tricia Nixon: Summer of 1973”, each of you are coming from very different cultural and historical backgrounds. How do you see an exhibition focusing on late 20th-century American politics relating to its context of Prague, Czech Republic?

C: The collaboration is simple—it focuses on an exchange between two countries, two nationalities, two artists, and two curators. Part of the vision of the exchange is to create conversation and share in the act of giving one thing and receiving another. So, this exhibition is part of that larger project.

In relation to the exhibition, for me it is mostly about memory—Devon’s childhood recollection of two concurrent news stories . . . a gas crisis and another about Nixon’s daughter keeping a fire and air conditioner on in the White House during this time. For me, seeing the architecture in Prague oozes with historical memory, ranging from Baroque and Renaissance architecture to more contemporary additions coming from the country’s Communist era.

This sense of the haunting of the past is very present in my experience of Prague and also these artworks. It reminds me of a text-based artwork by Anthony Discenza who produced parking signs that said “this is about something that happened a long time ago that continues to affect us today.” In many ways, I think these works also touch on ongoing global, social, and political issues.

Though the stories that Devon culled together are rather obscure—especially for a Czech audience—the air in the exhibition space is opulent (literally warm and cool). This thread roves through the exhibition and gently teases out concepts of ecological challenges, service, and personal comfort—all of which are concerns that traverse national borders.

Michal, I wonder how you read all of this . . . do you catch the same drift? Does the exhibition feel American to you?

M: It feels very American. But, if not the world, at least the society I live in, has been culturally colonized by the USA, so it doesn’t feel incomprehensible. Also, American politics is very present here in the media, maybe even over-present, at least what comes to the real material, economical, locally-political impact, so for me the parallels with the current US political situation are somehow explicit. Maybe even more than they really are there.

However, I do consider the program locally, and what is important for me is that Devon’s exhibition presents something artistically familiar but also uncanny. We have a long history of conceptual art, it is still the dominant discourse, but this exhibition shows something a bit different. Maybe it’s the unnecessity to poeticize everything, there is something a bit more raw in the situation encountered. Even if it may seem narrative, it’s ultimately not-so-narrative. 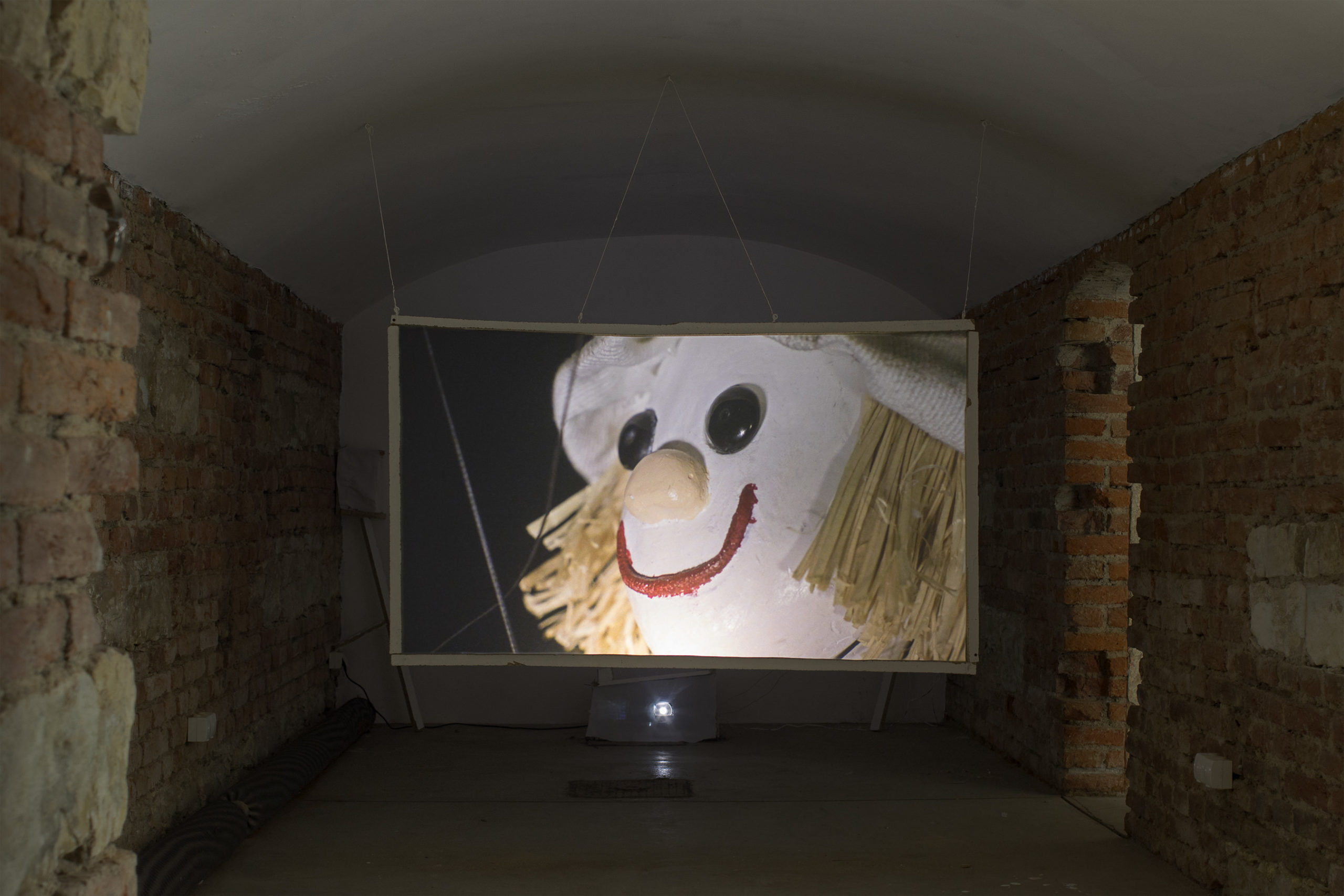 Going a step further, how do you see “Tricia Nixon: Summer of 1973” interacting (nor not) with the other two concurrent exhibitions at Futura, Andrew Norman Wilson: Andrew Norman Wilson and Lenka Vitkova: Slope? Michal, is there an attempt by Futura to consider in advance how the artists/curators will align, or is this occurrence more happenstance?

M: Of course there is. It is not by chance the two American artists whose solo exhibitions we open this year open also at the same time. On the other hand, the togetherness goes also in contrast, as we hope that if people do not like one exhibition they may like the other. So Lenka’s exhibition is on purpose unpolitical, meditative, intimate, and painterly.

Between Andrew and Devon I see a lot of structural meeting points even though the formal expression may be very different. For example, in the Ode to Seekers video the image of an oil tower merging into a mosquito head piercing human skin and the two remixed pop songs one saying “if it makes you happy, it can’t be that bad” second “I don’t care, I love it” makes a nice echo to Devon for me.

C: I see the three exhibitions in a more complimentary and contrasting way, rather than the connections between them. Given that the three exhibitions are on three floors, they sit like a layer cake in my head, or perhaps like an upside-down body. Lenka, who is on the top floor, being the feet or the earthly sensibility. Her paintings have a materiality to them and are quiet, gentile, and careful (and some paintings are literally feet). Devon, who is on the middle floor, is the exterior senses—stomach, ears, and skin. Her exhibition is rooted in physical sensations and the interconnection with the sociopolitical world around us. And Andrew’s work, which is in the space Michal calls the dungeon, is rather philosophical in tone, residing in the head and projections of the world. For me the three exhibitions are lovely in their contrasts. The differences in materials and relation to the viewer are quite different. I also agree with Michal that Andrew and Devon’s works have more links between them—they are both immersive installations that share a sense of angst.

M: Yes, Cortney that’s definitely a good metaphor, also, in a way, all three exhibitions are about belonging or alienated body . . .

How did FUTURA and Black Cube get involved in this organizational exchange, and what is the next step?

C: Well, Michal and I first met at a curatorial intensive for Independent Curators International in New York. We have stayed in touch since then, Michal has visited Denver and helped install an exhibition back in the day when I was the gallery director at the Rocky Mountain College of Art + Design. Since then, we have wanted to collaborate and this seemed to be the perfect moment to do so. Black Cube’s program allows for exchange to easily happen and Michal has been doing a lot of outside curating.

M: We meet seven years ago at curatorial program in New York sharing a certain healthy skepticism towards art world functioning and somehow a peripheric position. At that time we both hadn’t served the institutions we are at now, so maybe it turned out to be a good idea to decide to stay where we were. 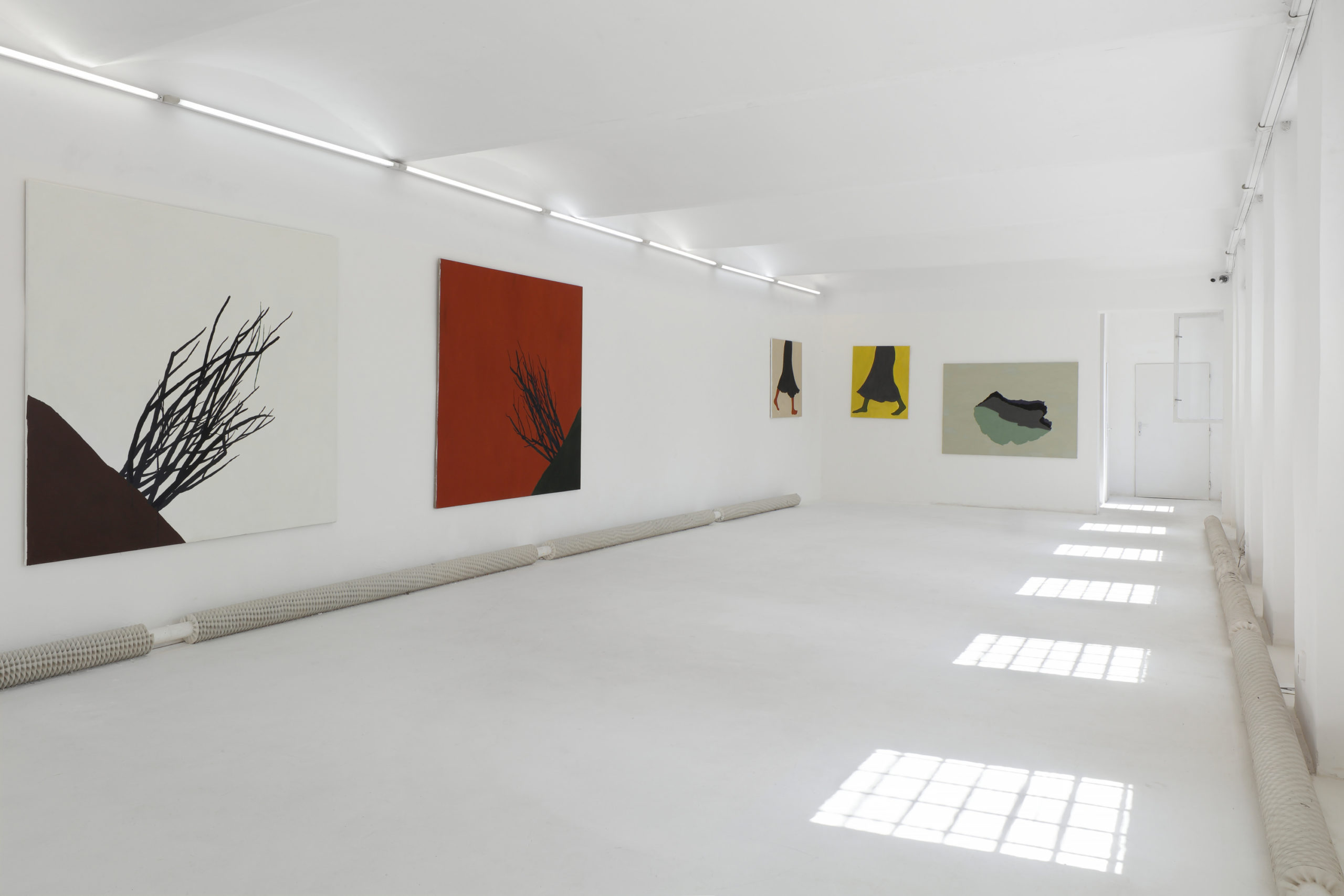 C: Denver’s contemporary art scene is rather small, we have one art museum and one contemporary art museum—these institutions seem rather stable and have very prominent education departments. Since the 1980s the city has had a sales tax that helps fund the larger nonprofits in the area . . . because of this we have a rather top-heavy nonprofit scene and are skimpy on most other areas of the ecosystem. This has created a super small commercial gallery scene, and even fewer artist-run spaces. My favorite part of the scene is the artists, there are some truly amazing people here . . . ranging from those that are embedded in the global contemporary art scene such as Devon to outsider artists that take use of the freedom of the West. But this is all changing as the city is going through a huge growth spurt; I imagine these changes will affect the scene in many ways, currently it seems like the biggest sign of this change is that a lot of artists are feeling the rising rent costs and consequently are moving outside of the downtown area or leaving Denver altogether.

M: Prague’s scene has changed entirely in the last 10-12 years and I dare to say FUTURA helped it. What used to be an entirely local scene operating via underground friend circle one-night event spaces is nowadays, along with Warsaw, the most developed scene in the former Eastern Block with maybe 40 subjects active in a city of 1.5 million. What I tried to create when I took over at FUTURA was a certain bridge for the international to come Prague but also for the Czech artist to get abroad. This slowly became more and more the export and also support to local artist. As the international presence becomes ordinary in Prague, we increasingly focus on supporting the local artists.

However, the scene has still one big problem and that is the absence of large functioning state institutions. There is still no museum of contemporary art in Prague and the sort of substitutes such as the National Gallery or the supposed to be Kunsthalle Rudolfinum do not replace this lack, and due to personal, political, and inner-logic reasoning, fail to be both locally and internationally respected institutions. This however also influences all the rest of an otherwise dynamic and developed commercial and non-profit scene. Artists in their 40s/50s/60s still exhibit in the alternative spaces, as there is no one to do them the proper catalog retrospective, commercial galleries have no sales to institutions, as institutions do not collect anything, and there are no coffee table books to show to collectors, as institutions do not publish anything. Non-profit spaces like FUTURA are competing in the style of low budget, often younger artist exhibitions, with museums that should be doing something else entirely on the hierarchy pyramid. On the other hand, all the scene, commercial galleries included, run on state support, which has maybe doubled over the last decade. It’s not easy securing funding—we are still only two full-time people working at FUTURA, running two venues, residency program, and doing 30 something exhibitions per year. While in most other European countries in the Western direction the state funding towards alternative art spaces is disappearing, in Czech Republic it grows every year. But I also think that in the end it is not a bad deal for the state and the taxpayers. The effectivity of labor is much higher in the small-scale operating spaces than in large institutions. The amount and quality of content we all create is definitely very cheap comparatively.