THE WORLD MATTERS TO AGATHE SNOW 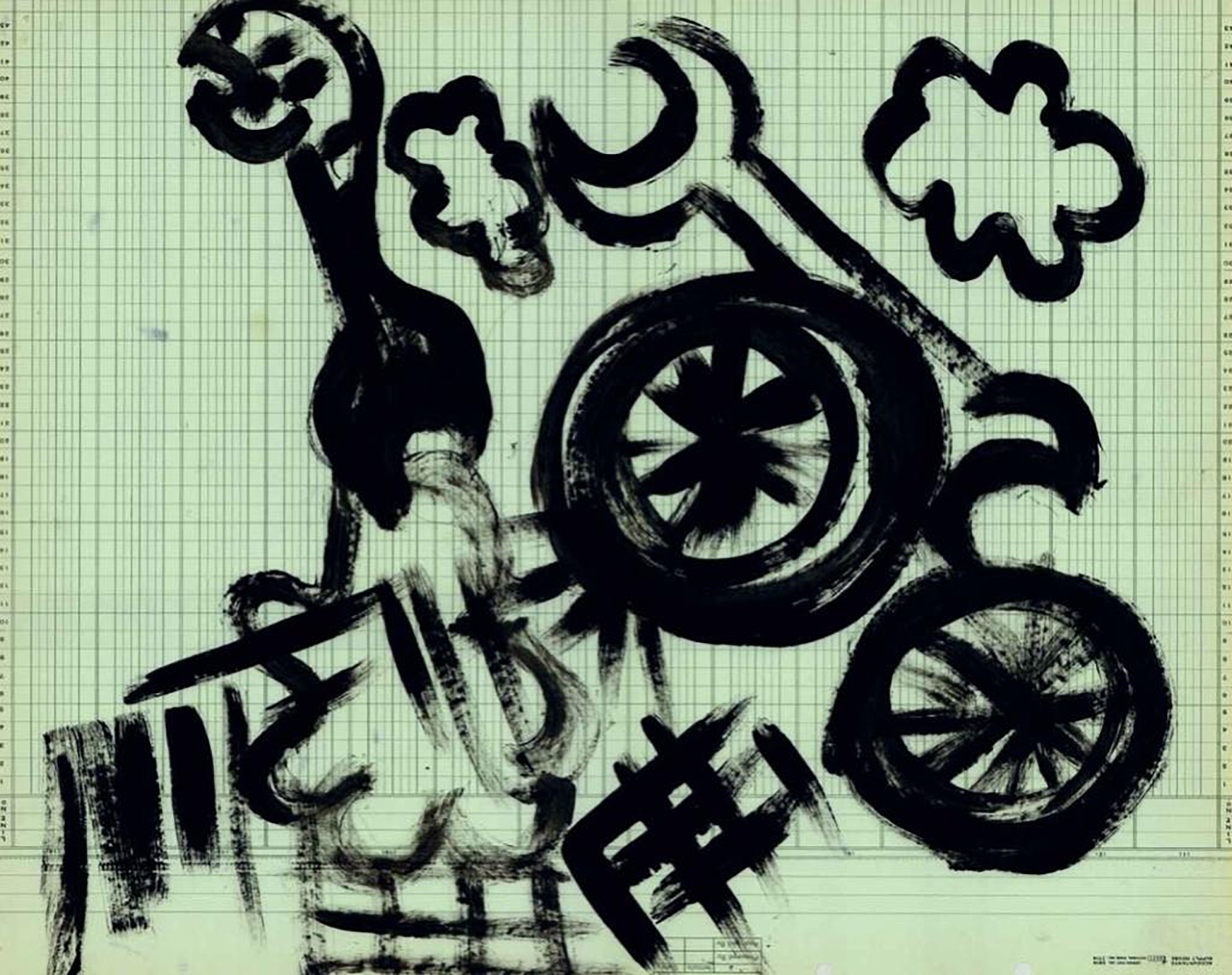 Agathe Snow’s artwork is driven by action, participation, and creating an experience. She has been synonymous with the downtown New York art scene for over a decade, but has been living in the country for the past five years. At one time it was difficult for her to be removed from the city, which is an integral component to her creative practice. She has since acclimated to her new surroundings and is inspired by the change in scenery. It has been nearly a year since Agathe participated in an exhibition, but she is currently preparing for a show that will reveal some gems that she has kept locked away for the past decade.

You’ve often described New York City as serving as an extension of yourself. A few years ago you moved away from downtown to Mattituck on Long Island’s North Fork and have been raising your first child. Can you bring us up to speed on what life is like for you now?

[Laughs] It’s different, it’s very different. But I am still really close to New York City; it’s about an hour and twenty minutes so I come in and out all the time. I need my fix, obviously. It took me a while, though. My son is going to be five this summer. So the first year was really crazy and busy with shows and stuff. After about six months I would come home and feel so bad that I was not there taking care of him, so that’s when I started to get settled and got really serious about my artwork and where I was going, but still freaking out about not being in the city, not seeing people  . . . so two years into it I’m freaking out. But now it’s been about a year that I feel really good about where I am, much stronger, things matter more. I’ve learned so much, I‘ve practiced, I have much more space to work out here. The people who owned this place before were car collectors, so I have this huge studio space, tools, new materials, new space, new thoughts . . . The world matters. It’s a new me, new world! I felt so guilty never ever thinking about the future, somehow. Everything was day-to-day in New York, so all that’s changed. So I live in the countryside, I have like four acres of land. I don’t see many people, but it’s good. It’s a good thing for me.

Have you exhibited since The Weird Show at CANADA Gallery last year?

That’s the last one I had. But basically, I’ve been working on this big show that’s opening at the Guggenheim this summer, where it’s works from the last ten years of my career and then there will be a screening of my 24-hour dance marathon [which took place] at Ground Zero. I always said I would put the footage of that away and do something with it in ten years because it was too fresh, too much video, too much everything, too many feelings. So I put it away in a safe. And now it’s ten years and the Guggenheim said they would love to premier the video. They asked if I be willing to show it as part of a big survey show where I would get my own space and show work from the last ten years and then premier the video. So that’s what I’ve been working on, basically, this whole year and now it’s almost ready. I have to work on a book about it that’s basically like a 24-hour movie that follows exactly the 24-hour dance marathon. It was shot with nine cameras in 2005 and so the movie screen is divided into seven blocks and you follow the action from seven different angles at all times for 24 hours. And that’s premiering this summer. So, yeah, I’ve been pretty busy with that! I am working on another show about illegal immigration that’s in September. So I got two projects so far.

Yeah, I am so excited! I have so much energy, my kid is big now and goes to school. It’s a different time, and it’s nice to wrap it all up with this show, you know. Ten years, start something new. It’s good. It’s definitely a big year.

The imagery in your zingmagazine project for issue 23 was inspired by the blur of scenery one sees out the window of a moving vehicle, and in your curatorial statement you reveal that you had just gotten your first driver’s license at that time. Some of the images are scenic, with mountains, clouds and trees, while others appear more urban with bicycles and buildings. What areas/locations were you driving in at the time?

I think it was Colorado, actually. Yeah. We have family in Telluride so we go there a bit.

Do you enjoy driving, or do you prefer to be a passenger?

Yeah, a lot! I love it, I really do. It’s amazing, and I do it a lot to get to the city. I get a lot of thinking done. My road from here to the city is straight line going east and west. It’s so powerful, but it was so scary at first. I failed my diver’s test four times. Eventually I went to the city and passed it really easily, but out here they’re making it hard, you know, because people drive all the time everywhere. It was a real nerve wracking experience, but I love it now. I love it, it’s great. It gives me power and flexibility.

Your artwork is usually very colorful, so it is interesting that you worked with a monochromatic palette in this project. The accountant paper is also unique. What motivated you to portray landscapes in this manner?

I usually try do something with the stuff I find around me, so the people who had the house before, the guy was an accountant. So when we arrived to move into the house, they were still burning old files from their clients. He was in his pajamas over this big burning fire, and we told him we would take care of it, I’ll use it and paint all over it. We had to throw out tons of stuff from the house, but I kept the paper, though.

I’ve always been so afraid of painting, so I had to start really slowly. I used black, black is enough for now [laughs]. I was just working with basic lines and black. I was actually using the same exact lines for the backdrop on this wall piece I’ve been doing, but with a little bit more color in the lines. It’s just enamel paint, it’s just so easy to play with. I would love to learn how to paint one day, but I’m not there yet.

Well that ties in to my next question. Is there any media that you don’t have experience with that you would be interested in trying?

Definitely painting, but I’m terrified of it. I feel like I need to just throw myself in puddles of paint and just move about. I’m completely terrified of it, but it’s so beautiful.

Can you remember one of the first things you created that you or someone else identified as a “work of art”?

It was like a little mobile thing on a clothes hanger, and I just made this cut-out thing with fake fruits. It was really fun, I love doing those, just make things that were completely useless. Then someone at the time at Reena Spaulings was like, “No don’t throw it out. We can do something with this.” So that was my first “official” artwork.

I heard that you studied history in college. Is this correct? What historical periods or events interest you most?

When I was in college I studied northeastern European and Russian history because growing up in western Europe it was just the most fascinating place to me, especially with the spies. My mom and her friend, they went to Russia in 1984 I think, or ’82 or something, and I was so sure they were getting messages to bring back. And then my grandparents, they went on a tour and their tour guide had given them this little ceramic bunny rabbit. And then years later I found this paper inside of it. I pulled it out and there was nothing on it. No messages. But I have always been, like, completely obsessed with it, the mystery, you know. So that’s what I studied. I like it all. The 20th century, though, is just amazing. You can just dig and dig and dig. I went to McGill University in Canada, and I had really good professors and research. I learned how to study it, write about it, approach it. It was fascinating. I loved it, but you can’t do much with [laughs]. It really teaches you to ask questions rather than give answers. You have to constantly ask questions, and as an artist I feel it’s a good way to approach what you’re doing. You’re not really trying to teach anything, just question it.

Do you see your work as relating to any current movement or direction in visual art or culture?

I don’t know . . . I don’t think there’s been enough time or enough space. I did have a group of friends in the ‘90s and the 2000s and we’re all together and stuff, so obviously things bounce off each other and elements pop in and out of each others’ works, but I don’t know if it was really a movement. But at this point I feel pretty far away from anything that would be considered a decision as being part of a group.